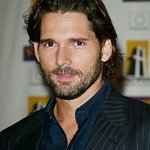 Australian actor Eric Bana is set to do his bit for the environment by reducing pollution emissions on his new racing car movie.

The 40-year-old has joined with producers of the film and environmental group Climate Positive to offset carbon emissions from the cars in the film, titled Love The Beast.

“In making a film about the love of motorsport and cars we were mindful of the environmental message we were sending,” said producer Peter Hill. “We love cars but love the planet more, and wanted to ensure we made a film in the most environmentally friendly way possible. Offsetting the carbon emissions is one of the steps we took to minimize the impact on the environment.”

The film is being made in Australia, where environmental concerns are a hot topic. According to Reuters, the country is one of the highest per-capita polluters and the world’s biggest coal exporter – a fact that accounts for 1.5 percent of global carbon emissions.