Celebrities Donate Ties To A Good Cause 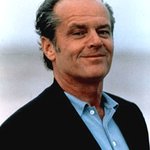 Looking for the perfect father’s day gift that benefits a good cause? Jack Nicholson, Patrick Dempsey and Jimmy Kimmel are just a few of the stars who have taken off their ties for a good cause.

In honor of its tenth anniversary, Career Gear, a nonprofit that assists disadvantaged men find and retain employment, will auction off the ties of some of the biggest style icons from the worlds of film, television, music and sports to raise money for sustaining its career counseling workshops and retention services that lead to quality-of-life improvements.

You can own the tie of Josh Brolin, who doffed the tie he wore to the W. premiere, Kevin Spacey, who signed his silver Armani, or John Waters, whose expressive tie reflects his creative sensibilities. Eric Bana, Matt Dillon, James Marsden, Christopher Meloni, Neil Patrick Harris and Tony Shalhoub have also loosened their collars in honor of Career Gear’s decade of helping men in need. Additionally, a full suit donated by professional hockey player and fashion enthusiast Sean Avery will be up for bid, as well as a selection of ties from André “3000” Benjamin’s clothing line, Benjamin Bixby.

The ten-day auction launches on June 5, with 100 percent of funds raised going directly to Career Gear.