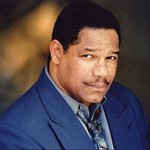 Although Dan Martin is not the most recognizable face in television, the NAACP recognized Dan as a nominee this year for best supporting actor on a soap opera.

Fans of the Bold and the Beautiful will probably recognize him as the detective who has been a reoccurring face on the show for years.

Alongside his ‘daytime job’, Martin is doing some work that is making him proud as director of Southern Girls, a play in Los Angeles which features three white female characters, one woman of mixed race and two Black women in a socially relevant piece about race and womanhood. The story spans from 1952 to 1992, but still resonates today with chords of truth.

LTTS: First, We would like to congratulate you on your nomination for Best Supporting Actor in Soap Opera, Bold & the Beautiful.

LTTS: What does it mean to you be nominated for the NAACP Image Award?

Martin: It was gratifying to be nominated and recognized by peers but I do what I do to create art. To what accomplish what I have coming from cold mining territory outside of Pittsburgh, PA is unfathomable to become a soap star and movie actor.

LTTS: And yet, your creative talents and image do not stop with acting… currently you are directing a a very socially-conscience play in Los Angeles called Southern Girls. What attracted you to the piece?

Martin: First of all, I read the script and I was instantly attracted to it. As you look at this play you see the progress the country has made. The story spans from 1952 to 1992. You see the relationship between White and Black characters change. You also see how the radical hippie type of yesteryear is now often taken for granted.

LTTS: At Look to the Stars, it is very important to acknowledge charities and causes. What charity or cause is near and dear to your heart?

Martin: Actually, I have two. My wife and I contribute to Veterans organizations. We also donate to the Los Angeles Mission because of the incredible work with the homeless.

For more information on Southern Girls, or to purchase tickets, click here.