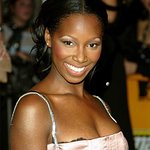 Pop star Jamelia is throwing her support behind a new campaign to help children in Africa.

The star has put her name behind Tommy's Baby Charity new Old For New initiative being run in association with Brantano shoe stores. Until March 31, Brantano is inviting customers to drop off their old and unwanted footwear to any of its 145 stores in the UK. In return, for every pair of shoes, Brantano will hand over a £10 money-off voucher for when you spend £40 or more instore on new summer shoes plus donate 10p to Tommy’s! All the old shoes are sorted and sent to support communities in Africa.

28-year-old Jamelia has collected together her old shoes – and the old shoes of her children and family – and has donated them to the campaign.

“I was shocked to learn that one in four women will lose a baby during pregnancy or birth, which is why I am committed to helping Tommy’s do all they can to prevent this from happening to other families,” she told the Daily Mail.

The donated shoes will be sent to local traders who run small businesses and who will repair, clean and polish the shoes. They will then be sold locally, with the revenue helping to support communities in hundreds of small village across Africa.

It is the second time Tommy’s has run the campaign. Last year 46,062 pairs of shoes handed in and Tommy’s even received a staggering £10,000 donation.

Tommy’s Baby Charity funds three research centers in the UK, including St Thomas’ in London, St Mary’s in Manchester and the recently established Royal Infirmary in Edinburgh, which focus their research efforts on different issues relating to pregnancy. They seek to reduce the number of families affected by pregnancy complications like cerebral palsy, deafness and blindness, which totals 100,000 annually.

‘Because of the credit crunch all charitable giving is down,’ said a spokesperson for the cause. ‘So we’re really glad to have Jamelia and her daughters on board to give this cause the push it deserves."

Click here to find out where your nearest Brantano store is.

Jamelia: Everybody Deserves The Chance To Succeed Aug 4, 2016

British singer Jamelia has written about her work as an ambassador for the Prince's Trust, and a new report which talks about the impact of their work over the last four decades and the huge benefits on society. More →