Stars Get Dressed By Kids For Oxfam 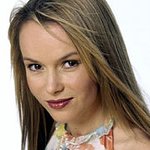 Amanda Holden, Sara Cox and Stephen Mangan get dressed by the kids for a fun new fundraising campaign shot by Rankin.

Oxfam celebrity supporter, Amanda Holden said, "I like to think I’m pretty stylish when it comes to my dress sense, but that went out the window on this shoot. Today I look like I’ve stepped off the set of some mad 1980’s gameshow thanks to my two girls.

“It’s pretty daunting to think that this is how they wanted to me to look for Dressed by the Kids Day, but it was impossible to say no for such a wonderful cause and we’ve had such fun being involved.”

They were photographed on location at Rankin’s studio in London accompanied by their children who acted as stylists for the day – transforming their looks in a bid to transform lives in poverty.

Taking place on 29 April 2016, Oxfam’s Dressed by the Kids Day dares the nation to put the children in charge of their wardrobe. Mums, dads, aunts, uncles and grandparents are encouraged to get dressed by their kids in exchange for sponsorship.

Those embracing the opportunity and taking part in Dressed by the Kids Day will raise vital funds for Oxfam’s fight against poverty. In just 15 years, extreme poverty has been halved and in 15 more years, it can be ended for good.

Rankin, who has supported Oxfam for several years, also commented "I’m more than happy to give my time for important causes and Oxfam is one close to my heart. Shooting today’s celebrities in such a fun and natural environment has been great. The real stars from the shoot were the kids. "

Those who want to unite the family in something truly fun and unique can sign up via www.oxfam.org.uk/dressedbythekids, where they will be issued a unique text code to allow family and friends to sponsor them in an instant.

Transform your look and transform lives in poverty.