Dinner for A Cause: Hollywood Meets Washington At Human Rights Campaign Event 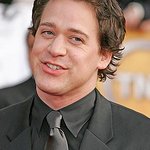 The Human Rights Campaign held its 2009 Los Angeles Gala and Hero Awards on Saturday, March 14, at the Hyatt Century Plaza in Century City. The grassroots organization is the largest advocate for equal rights on behalf of the LGBT community nationwide.

The dinner was well represented by supporters from all walks of life, and included prominent figures from politicians to actors, including Los Angeles Mayor Antonio Villaragosa and Grey’s Anatomy star TR Knight. Comedian Wanda Sykes served as the evening’s host while Senator Dianne Feinstein gave the keynote address.

An outspoken critic of Proposition 8, Senator Feinstein expressed hope that the recent ballot initiative banning gay marriage in California will be reversed or overcome in the future.

“I can’t tell you when or how. It may take another year or five. It may take another ballot initiative. I believe that equal marriage will proudly be the law of this great state,” she said. "I know from experience, that it’s tough to lose. But time doesn’t stop, and it’s on your side. Because like me, like my views, people do change. And they understand…People change.

“I support you on this quest, and it will happen.”

Julian Bond, chairman of the NAACP, also spoke at the event, making the point that gay rights are civil rights. “Of course they are,” he asserted. "Gay and lesbian rights are not special rights in any way. It isn’t “special” to be free from discrimination. It is an ordinary, universal entitlement of citizenship. "

The evening also featured a silent auction and a performance by the LA Derby Dolls. For the first time, the Campaign chose to honor an online activist video with the E-Hero Award. This year’s Award was given to And She’s the California Constitution, an advertisement run during the campaign season that illustrated the “NO” position of the Proposition 8 ballot initiative.

Learn more about the Human Rights Campaign at their official website.