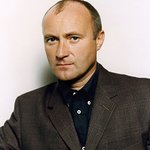 A host of British celebrities have redesigned the famous ears of Mickey Mouse for an auction to benefit the Great Ormond Street Hospital in the UK.

Phil Collins, Geri Halliwell, Estelle, Daisy Lowe, John Terry, Amir Khan, Luella Bartley and Giles Deacon are just some of the names that have taken up the challenge of redesigning the iconic ears, with the auction being launched on May 5.

According to Sky News, Collins revealed he drew inspiration from his musical skills for his creation, which are in the shape of a golden drum kit with “some bald bloke playing the drums” in the middle.

The promotion is being held to celebrate the opening of Mickey’s Magical Party, a year-long celebration taking place between 4th April 2009 and March 2010 at Disneyland Paris that promises to offer guests of all ages interactive entertainment and new experiences.

Disney is helping raise £10 million towards the Great Ormond Street Hospital’s amazing redevelopment, creating a nicer space to treat more children who desperately need care. The hospital in London treats more than 100,000 patients each year – children who are suffering from the rarest, most complex and often life-threatening conditions. They receive the best medical care that money can buy, but the government funding cannot meet these ever-rising costs.

“I had too much fun designing my Mickey ears as part of Mickey’s Magical Party!” said Estelle. “They’re individual, glamorous and have a touch of attitude… Just like me!”

The auction will run on Buy Once Give Twice – the UK’s premiere celebrity charity auction site. More information about the auction can be found here.