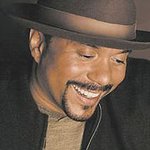 On Tuesday, April 14, Howard Hewett took the stage at the Vibrato Jazz Grille in Bel Air, California, to raise funds for the Defeating Diabetes Foundation.

The organization provides critical information about diabetes, holds camps and provides free glucometers to those who are eligible. Hewett’s efforts to raise proceeds were successful. The Vibrato Jazz Grille, owned by legendary musician and music mogul Herb Alpert, was packed for not only one but two shows that Hewett performed that night for the cause. A few surprise guests lke Stevie Wonder and Adam Gaynor (Matchbox 20) also joined Hewett on stage.

Diabetes is a disease that touches Hewett close to home: his mother died from complications caused by the disease.

Andrew P. Mandell, Executive Director of the Defeating Diabetes Foundation, expressed enthusiasm about the former R & B lead vocalist of Shalamar being onboard to create awareness, “We are extremely honored that someone of Howard’s talent and celebrity has committed his time and energy to helping further our work of creating awareness about and preventing diabetes.”

Stevie Wonder appeals for finalization of books for blind treaty