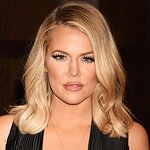 On Saturday, July 11, the Playboy Mansion and the Kardashians will host the ‘Aces & Angels Celebrity Poker Tournament’ to benefit Aces and Angels, an organization which raises money for families of Southern California firefighters who were either injured or killed in the line of duty.

Kim Kardashian will host the event alongside sisters Khloe and Kourtney, and their mother Kris, as dozens of Playboy bunnies, playmates, top models, Hollywood celebrities, and the poker stars attend the highly anticipated event being held at the Playboy Mansion.

Ticket prices for the event range from $1,000 to $3,500, but even the most basic package includes access to the Playboy Mansion grounds, pool area, and grotto, along with a gourmet dinner and an unlimited amount of premium liquor. More than $50,000 in prizes will be distributed at the poker tournament, with a grand prize of ‘the ultimate Vegas fantasy giveaway’ which includes a four-day, three-night stay in a high-roller suite in Vegas, a VIP foursome at a Golf Gone Wild golf tournament (featuring 150 nude body-painted models), a helicopter tour of the Vegas Strip and the Grand Canyon, a skydiving trip, and more.