British singer Amy Winehouse reportedly wants to do community work in the Caribbean.

The 25-year-old has lived on the island of St Lucia for most of this year, and now wants to help budding young musicians find a outlet for their art.

“There are community works planned in St Lucia that Amy will be involved in, but they will be music-based projects for the island’s youth,” said a spokesman for the singer.

Winehouse is no stranger to giving back. She performed at Nelson Mandela’s 90th Birthday Party concert at London’s Hyde Park on the 27 June, 2008, and – as part of a breast cancer awareness campaign – she appeared in photographs for the April 2008 issue of Easy Living magazine. She also supports the Hear The World campaign to raise awareness of the topic of hearing and hearing loss and to promote good hearing all over the world. She will soon appear on a CD with Cuban musicians to raise awareness of climate change.

More information will be made available when it is released. 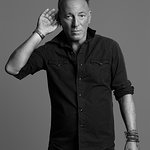 The Hear The World Foundation, a Swiss charitable foundation that supports people in need, and particularly children, with hearing loss, is thrilled to welcome Bruce Springsteen among its ambassadors. More →