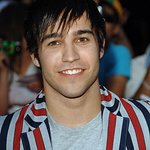 The Jed Foundation held its 8th annual gala at Guastavino’s in New York on Thursday, June 11.

Hosted by former Dateline NBC anchor Stone Phillips, the event awarded Voice of Mental Health accolades to Peter Wentz of Fall Out Boy and Sheila Nevins of HBO. It also featured musical performances from Kristy Cates of the musical Wicked! and The Bacon Brothers, the duo that is comprised of Kevin Bacon and his brother.

Established in 2000, the Jed Foundation works nationally to reduce the rate of suicide and the prevalence of emotional distress among college and university students. To achieve this end, the organization collaborates with the public and leaders in higher education, mental health, and research to produce and advance initiatives.

The gala was followed by The Mind Ball, hosted by Brittany Snow, which featured performances by Custom, known for their hit Hey Mister, and DJ Jake Hoffman.

Both Wentz and Snow talked to the Just Jared website about how they became involved with the charity.

“I did a PSA for them three years ago,” said Snow. “I also had a friend who committed suicide when I was 17, so I wanted to get involved with an organization that dealt with that. Being aware of mental health issues is important and we have to help reduce the stigma of people thinking it’s something that you have to deal with on your own.”

“I did this PSA with MTV, I’m pretty aware of how people this age can be affected, college kids, that’s why I did that as well,” added Wentz.

More info about the Jed Foundation can be found here.