Celebrities Make Their Mark For Save The Children 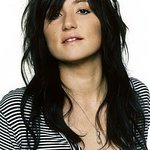 The musicians, along with TV personalities Andrew Marr and Carol Vorderman and 200,000 people from across the UK and Africa, have pledged their support for a Save the Children campaign which urges world leaders to deliver on their promises for children.

Earlier this week, Save the Children and MPs handed in a petition to Gordon Brown, urging him and other G8 members to increase aid to developing countries.

More than 9.2 million children die every year but only 3% of aid G8 countries give to the developing world goes into maternal, newborn and child healthcare. This is $3.5 billion a year – half of what we’re calling for.

Save the Children is calling on the G8 to double their money for child and maternal healthcare to at least $7 billion in order to try and reach their target of cutting child deaths by two thirds by 2015.

Steve Haines, Save the Children’s Head of Global Campaigns said: "Gordon Brown must push fellow world leaders to deliver on existing promises — and go one step further and double aid for developing countries.

“Ten million children under the age of five die every year — many of simple, preventable causes like diarrhoea, pneumonia and malaria. If we know how to prevent these deaths, why are children still dying?”

People across the globe showed their support for Save the Children’s “Make your Mark” campaign by printing their thumbprints on a petition.

Join the global movement and Make your Mark today by clicking here.

Source: Save The Children UK