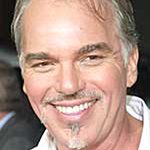 Billy Bob Thornton has penned a song about venereal disease because “there aren’t enough songs warning about the dangers of sexually-transmitted diseases.”

The actor, who performs with modbilly band The Boxmasters, will include a song raising awareness of safe sex on his next CD.

“On the next record… we actually have a song coming out about venereal disease, which I think needs to be talked about, and it’s a song called It Only Hurts When I Pee.”

The band debuted the song on a recent visit to Sirius Radio.

The World Health Organization has claimed that over 1 million people are infected with STDs every day, with 60% of those infected being under the age of 25.