Cherry Jones To Be Honored At Awards 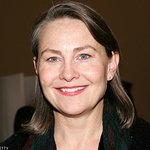 Point Foundation, the nation’s largest scholarship-granting organization for lesbian, gay, bisexual and transgender (LGBT) students of merit, has announced the recipients of its Courage and Inspiration Awards.

The Point Courage Award recognizes an individual who has advocated for the future of the LGBT community and lives with the vision that investing in today’s potential will produce a brighter tomorrow. The Point Inspiration Award recognizes a corporation that champions respect and inclusion of the LGBT community, and operates with the vision that the success achieved by talented young people is limited only by the resources and opportunities they are given to help them fulfill their potential.

“In addition to being one of the most respected actresses in her profession, Cherry Jones has lived her life unapologetically as an out lesbian and is a shining example of courage to all individuals fighting for equality. More importantly, Ms. Jones gives hope to young people everywhere including our Point Scholars,” said Jorge Valencia, Executive Director and Chief Executive Officer of Point Foundation.

“I was honored and humbled when I learned that I would receive the Point Courage Award,” said Ms. Jones. “The Point Foundation is a wonderful organization, granting scholarships to lesbian, gay, bisexual, and transgender students across America, and I am proud to be associated with such a worthy cause.”

Students who are awarded the organization’s prestigious scholarships, known as Point Scholars, are selected through a rigorous and highly competitive process that requires a record of demonstrated academic excellence, leadership skills and financial need. A number of Point Scholars will attend the benefit.

“Motorola’s commitment to the LGBT community, as well as their unfailing support of Point Foundation’s leadership conferences and events, continues to inspire and motivate other corporations and individuals to invest in the future through the education of our young people,” said Valencia. “We’re excited to recognize their achievements on behalf of the community.”

“Motorola is honored to be recognized by the Point Foundation in its receipt of the Point Inspiration Award,” said Greg Lee, senior vice president of human resources for Motorola. “We are proud of our continued involvement with the Point Foundation and support its mission through our commitment to fostering diversity, encouraging talent, and building a culture that thrives on inclusion and respect.”