Action star Jet Li has blogged on Forbes.com about his aim of creating a culture of charity in China.

“As I see communities improve through charitable work, I envision even more positive change in China in the next 10 years,” wrote Li. "China’s growing wealth and people’s increased access to education and knowledge will create an ever-growing capacity for giving. By fostering better standards of efficiency and ease of exchange among nonprofit organizations around the world, globalization should nurture the accountable and meaningful use of funds here in China.

“This is the vision I have for the One Foundation, which I founded in 2007. Since then, we have contributed to the relief of 12 national and international disasters, including last year’s Sichuan earthquake – the next day close to 1 million individuals donated to the One Foundation through mobile telephones and the Internet."

The China-based One Foundation was created to deal with issues related to disaster relief, health, and education. Over one million volunteers have pledged their commitment to the One Foundation and the organization is hard at work to garner more.

With Li’s guidance, the company is aiming to gain more sustainability and public credibility. Breaking away from traditional charity models, the One Foundation is employing social entrepreneurship “to help groom the next generation of leaders,” and show that one can make money while volunteering and helping others.

“As millions of citizens and many commercial leaders—such as Deloitte, McKinsey, Alibaba, China Merchants Bank and Tencent—have come to support our vision, we have further moved to support China’s charity industry with philanthropy grants to promote professionalism and transparency,” wrote Li. “In 2008, we awarded 7 million yuan ($1 million) in funding to seven outstanding Chinese nonprofit organizations. This year we will be awarding 10 million yuan ($1.5 million) to 10 organizations.” 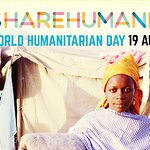 The United Nations relief arm has launched a call for millions of people around the world to drastically change their social media feeds and share captivating tale of humanitarian heroism ahead of this year’s World Humanitarian Day. More →