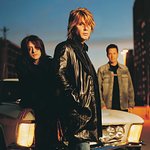 American rock band the Goo Goo Dolls are to end their current tour by playing a benefit gig at the Greek Theatre in Los Angeles on September 6. The band agreed to reschedule a June show for September, and all proceeds will go towards the Griffith Park Recovery Fund, an organization set up to help replenish the natural vegetation destroyed in the park during devastating forest fires in May.

“We are honored to headline such an important concert,” said Goo Goo Dolls singer, John Rzeznik.

The band was the first to offer their assistance, along with with performers including Clay Aiken, Tony Bennett and Los Lonely Boys.

Griffith Park is situated in the Santa Monica Mountains, and is one of the largest urban parks in North America. Over 800 acres of the park’s total 4200 acres was severely damaged during the May fires. An estimated $50 million is now needed to restore the park to its former glory and to stabilize the barren slopes. The Griffith Park Recovery Fund was set up by the Greek Theatre Advisory Committee, part of the Department of Recreation and Parks for the City of Los Angeles, to help in reaching this target.

The concert will be a suitable ending to the Goo Goo Dolls tour. The band, whose hits include “Iris”, “Slide”, and “Before It’s Too Late” from the recent “Transformers” soundtrack, is familiar with charitable causes, and has been collecting food for the needy at each of their gigs over the last few years. Concert-goers have been able to donate cans of food to USA Harvest before the shows, and the group’s last tour raised over 300,000 cans for the non-profit organization whose mission is to gather food from those who have too much and give it to those who have too little.

Tickets for the Griffith Park concert cost $45, and are available through www.nederlander.com and www.ticketmaster.com.