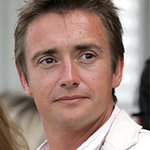 A book of children’s poems, selected by famous British personalities including Phil Tufnell, Richard Hammond and Sienna Miller as their ‘childhood favourite’, has been launched in aid of The Children's Trust, Tadworth, which is celebrating its 25th anniversary in 2009.

The anthology of poems at just £4.99 – with £4.50 from each book going directly to the charity – will make a wonderful stocking filler for children.

The book of poetry and illustrations also includes a witty verse – based on a theme ‘Laughter – what makes you laugh?’ – written by 10-year-old Francesca Major from Looe, Cornwall, winner of a recent national, children’s competition aimed at budding young writers. The winning verse is featured with some of the nation’s most famous poems, including The Walrus and the Carpenter by Lewis Carroll, which has been selected by famous illustrator, Quentin Blake, whose special illustration of the poem appears on the front cover of the book. All the additional illustrations for the book are by children from The Children’s Trust.

Francesca Major’s school – Polperro Primary School, Looe, will also benefit from her success by receiving £500 worth of Walker books. The official poetry book launch, which will be a special celebration for press, celebrities and young people, including children from The Children’s Trust, will be hosted by The Draycott Education Centre and Draycott Nursing and Care in Chelsea at the end of October.

Money from the sale of the poetry books will help to enhance the lives of children with severe disabilities. The Children’s Trust is a British charity that provides care, education and therapy for children with multiple disabilities and complex health needs, and rehabilitation services to children with an acquired brain injury.

Published in association with Walker Books, the paperback can be purchased on-line from The Children’s Trust at: www.thechildrenstrust.org.uk/walrusbook.