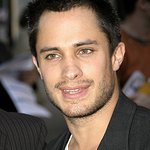 The co-stars of the acclaimed 2001 movie Y tu mamá también held a $300-a-plate gala dinner in Mexico City on August 11 to announce the venture, and to benefit two charities:
Mexico’s Commission for the Defence and Promotion of Human Rights and Witness, an organization founded by singer Peter Gabriel that promotes the use of video and film to document human rights abuses.

“Documentaries show us the injustices in the country where we live, that this problem exists,” Garcia Bernal said before the dinner. “We can’t escape it.”

The new company, Canana, will fund documentaries highlighting failures of the Mexican judicial system, including the unsolved murders of more than 300 women in the border city of Ciudad Juarez, across from El Paso, Texas.

“Each day it’s harder to live in this country and in this city and turn a blind eye to the poverty and injustice,” said Luna.

Both actors have publicly supported Mexico City’s recent legalisation of gay civil unions, and Garcia Bernal has openly labelled as “absurd” the proposed border fence between Mexico and the United States.

Good Vibes at the Music Lodge as Talent Supports Their Charities During Sundance Feb 4, 2020

MUSIC LODGE, held during the Sundance Film Festival, is a venue that hosts the Associated Press Festival Headquarters and features music performances, giving the lodge its motto as “Media is our business, Music is our heritage.” Over its 16-year history, Music Lodge has also strongly focused on annual support for nonprofits. More →