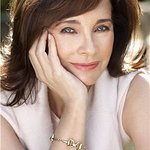 Archer was the Master of Ceremonies, introducing each performer and also presenting the cheques on stage to the representatives of each charity, namely: the Sussex Air Ambulance; the Bluebell Steam Railway; East Grinstead charities the Town Museum, Furnihelp, and the East Grinstead Access Group for the elderly and disabled; Impact; and Crowborough charities the Town Mayor’s Charity Fund and the Community Hospital.

Bob Mainstone, representing the East Grinstead charities, said, “This donation will make a big difference to these charities in accomplishing their respective aims and is warmly appreciated.”

More than 1,500 were in attendance to enjoy the concert and give their support, including Mayors, District Council Chairmen, Town Councillors, and community leaders from all over the South of England. Other guests flew in specially from all over Europe and as far away as the United States and Canada.

Over the years the Saint Hill Gala Charity Concert has supported numerous charities, from the Royal National Lifeboat Institution and the RSPCA to the National Drug Prevention Alliance and the Bluebell Railway Trust. The concert follows the tradition that was started by L. Ron Hubbard in the 1960’s when he resided at Saint Hill Manor and supported many of the local charities.

The Gala Concert concluded a three-day jam-packed weekend of activities at the Church of Scientology with over 7,000 people from around the world, with conferences and seminars for parishioners and community leaders alike, encompassing the Church of Scientology’s social betterment programmes in the areas of human rights, drug education, common sense morals, and the volunteer ministry.