Ginnifer Goodwin Wants You To Adopt A Turkey 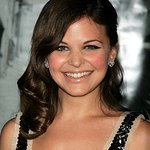 A special Q&A with the star on celebrating a compassionate Thanksgiving, her recent visit to Farm Sanctuary, vegan living and much more is also available on the organization’s website.

“With so many delicious, cruelty-free Thanksgiving dishes available, there is no reason why any living being should have to suffer,” said Goodwin, who is joined by Magnolia, a rescued turkey who lives at Farm Sanctuary’s California Shelter, for the spots. “I encourage everyone to start a new, compassionate Thanksgiving tradition this year and Adopt-A-Turkey, rather than eat one.”

Each year 250 to 300 million turkeys are slaughtered for food in the U.S.— more than 45 million for Thanksgiving alone— resulting in thousands of birds being tightly confined in dark, filthy sheds, debeaked and detoed without anesthetic and bred to reach a crippling weight at an unnaturally fast rate.

The two spots, “Sponsor a Feathered Friend” and “Save a Life on Thanksgiving,” produced by Joshua Katcher of Perhaps Media (perhapsmedia.net) and featuring the song “Recite This in Faith” by the band USVS (myspace.com/usvs), were shot on location at Farm Sanctuary’s beautiful 300-acre Orland, California farm, located 100 miles north of Sacramento, and home to more than 300 animals rescued from abusive factory farming conditions. The organization is also releasing special “behind-the-scenes” footage of Goodwin discussing commercial turkey farming and fun bloopers and outtakes from the shoot.

The PSAs, “behind-the-scenes” footage and special Q&A with Ginnifer Goodwin can be found here.

For more information about Thanksgiving’s toll on turkeys and resources for celebrating a compassionate holiday, visit adoptaturkey.org.