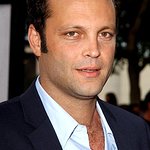 Actor Vince Vaughn was one of the many famous faces in the Chicago crowd last weekend when he attended Greg Olsen’s ‘Shake the Lake Musical Festival’ at Joe’s Bar to benefit the Receptions for Research charity.

In case you missed this show, you still have a chance to catch Carrie Underwood who will play at Joe’s for charity on Dec. 3. Click here for more info.

Receptions for Research believes everyone deserves a second chance at life, and it is their goal to provide hospitals, doctors, and researchers the necessary resources to save those affected with debilitating diseases.