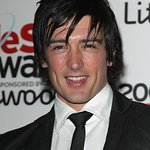 Seven years ago as a young and struggling actor, long before it became fashionable, actor Adam Croasdell – to date best known for his role as “Dr Al Jenkins” in the BBC’s award winning flagship show EastEnders – chose to sponsor a child in Malawi with the charity World Vision.

Recently named a Celebrity Ambassador for the charity, he will shortly visit the East African Country with the organization, where for the first time he will meet “Jacob” from Kayezi ADP, about 90 minutes from Mzuzu north of the country.

Adam stated , “I always wanted to support and promote the outstanding and inspiring work of World Vision even in my own personal more difficult times and have been honoured to be able to get the opportunity to meet Jacob and see for myself firsthand one place where all the money and efforts made by the charity to change children’s lives actually takes place.”

Adam, who was born in Zimbabwe, will be making an extensive tour of the area. It will be a unique opportunity to experience in person the help given to families and communities by World Vision and to see and meet for the first time, a young child whose life he has helped to transform.

Other celebrities who have supported World Vision campaigns include Hollywood actress Thandie Newton, who visited World Vision projects in Mali, TV Personalities Myleene Klass and Fearne Cotton, with a host of other British TV celebrities including actress Amanda Redman, former Coronation Street favourites Nikki Sanderson and Debra Stephenson, TV Presenters John Craven and Michaele Strachan, who in the past have joined forces to show their support for World Vision’s campaigns including the 24 Hour Famine.

World Vision’s celebrity Ambassadors help to continuously front the campaign to get people to support World Vision and take up the challenge to sponsor a child. Child sponsorship is a valid way of tackling child poverty and working towards reducing the number of avoidable deaths of children under five.

Adam who recently fulfilled every boy’s dream by being lined up as 007 for Activision’s 2010 James Bond Game, recently surprised students at The Royal School in Hampstead, North London by taking morning assembly giving a motivational speech about the value of education, anecdotes about his career, supporting World Vision’s current campaigns and even spending time in class with the junior school.