Bid On Celebrity Items To Stop Cruelty To Children 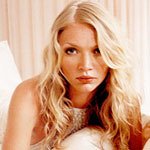 Celebrities including Jodie Kidd, Peter André, Amanda Holden and Hugh Grant are among the stars to donate lots to the National Society for the Prevention of Cruelty to Children's (NSPCC) Dream Auction 2 – the charity’s latest and greatest fundraising initiative.

From Tuesday 01 December until Saturday 12 December there will be up to 200 fabulous lots to tempt you. Get bidding from 99p at www.dreamauction2.co.uk and all funds raised will go to the NSPCC’s Child’s Voice Appeal.

Bid for tickets to the 2011 Vanity Fair Oscar party, a walk on part in Working Titles next romcom, a holiday on Richard Branson's private Necker Island, two VIP tickets to the Spanish Grand Prix courtesy of Williams F1, and meet and greets with a host of celebrity stars. There are also a number of luxury hampers, must-have accessories and makeover experiences up for grabs.

Model Jodie Kidd said: “I’m always dreaming of exotic holidays, driving fast cars and parties. If you do as well, the good news is that all these prizes and more, including a lunch with me, are available in the NSPCC’s Dream Auction 2. Visit www.dreamauction2.co.uk and you’ll be helping to raise funds for their Child’s Voice Appeal.”

“If there’s one dream I have, it’s to do the foxtrot again,” added former England cricketer and 2005 Strictly Come Dancing Champion Darren Gough, “despite what the judges used to say about me. Make your dreams come true by visiting www.dreamauction2.co.uk.”

Kath Abrahams, NSPCC director of volunteer-led fundraising, says: “There are starting prices to suit everyone’s budget, and a fantastic range of must-have and money-can’t-buy lots. Dream Auction 2 is the perfect way to treat a loved one to a truly special gift this Christmas – and help us answer more children’s calls for help. The auction goes live on Tuesday 1 December so don’t miss out – and good luck!”

This year’s event is raising funds for the Child’s Voice Appeal, the NSPCC’s three-year appeal to raise £50 million to maintain and grow its helplines, text and online counselling services.