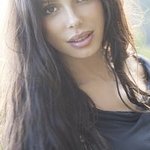 Oksana Grigorieva, the Russian/Ukrainian singer who just gave birth to a baby with Mel Gibson, has filmed a video designed to raise awareness about the aftermath of the Chernobyl disaster, and is asking viewers to join her in supporting the Chernobyl Children's Project International.

Today in Ukraine, 6000 children are born with genetic cardiac disease, and only half will get the surgery they need to survive. The others will die. Chernobyl Children’s Project International is sending volunteer cardiac surgery teams to Ukraine and Belarus to perform free operations. Oksana is from that part of the world and she is very passionate about finding a way to help.

“Chernobyl Children’s Project International (CCPI) helps children and families in communities that suffer the consequences of the Chernobyl nuclear disaster of 1986,” says Oksana. "As a mother myself, I really believe that it is important for people — especially children — to look forward to the future with hope, not with fear and dread. Chernobyl Children’s Project International’s calling card is one of hope. They work to interrupt the domino effect of poverty, poor health, and social upheaval that continues to plague so many in the region. They offer solutions and partnerships, not mere charity.

“I always dreamed that if I were so fortunate as to have my music heard, I would want to use that opportunity to do something good. With the release of my charity single, Angel,, I’ve decided to focus my fundraising efforts on CCPI’s children’s cardiac program.

“One of the things that really attracted me to CCPI is their focus on volunteerism. It’s truly in their DNA, with volunteers from the United States and Ireland regularly traveling to Ukraine and Belarus to work side by side with their professional peers. If you are a nurse, doctor, dentist, physical or occupational therapist, or speech/language pathologist I urge you to contact CCPI and see if there is some way for you to get involved. You can reach them at info@chernobyl-international.org. Likewise, if you would like to help with fundraising or spreading the word, please get in touch — we need you, too! Working together we can make a difference in the lives of these children.”

Oksana’s video is about a minute and a half long and is moving and inspirational. Oksana appears in it and narrates it, but it really focuses on children and volunteers.

Got Your 6 Announces Largest Class Of 6 Certified Projects In Campaign History Nov 3, 2016

Got Your 6 announced this week 13 new “6 Certified” projects in celebration of film, television, and theatrical content that normalizes depictions of veterans as leaders and community assets. More →