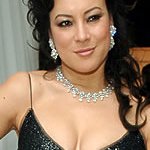 The 2nd Annual All In for ‘Cerebral Palsy’ Celebrity Poker Tournament took place at the Hard Rock Hotel & Casino in Las Vegas last weekend, where a host of celebrities gathered to play Texas Hold ’Em and raise money for the One Step Closer Foundation.

The tournament, created by Jacob Zalewski, aims to help those who, like himself, suffer from Cerebral Palsy.

“We hope to see a future where Cerebral Palsy is a thing of the past,” says Zalewski. “We know we are getting one step closer to that vision everyday.”

Founded in 2007, The One Step Closer Foundation is a non-profit, charitable organization whose main goal is to ease the lives of those who suffer from Cerebral Palsy. The organization also aims to financially assist researchers looking for medical advancements in treating and diagnosing Cerebral Palsy.

Last year the tournament raised $44,000 for the cause.