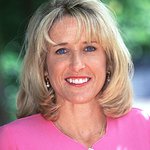 ’Linda’s Legacy: A Tournament of Love’ is named after Linda Paul-Skeeles, who died in 2005 from lung cancer. It aims to raise awareness about lung cancer among women, highlighting its devastating and often fatal effects: more women die from lung cancer than from breast, ovarian and cervical cancers combined. “My grandfather actually died of lung cancer. My mother’s father, and it was actually before I was born, so I never even knew him,” said Austin, “but she always told us growing up how painful it was to see him be in so much pain, and that’s what Linda died of.”

The event kicked off Friday evening with hors d’oeuvres, entertainment, a silent auction, and team pairings. The silent auction itself raised over $13,000, and included 39 items up for bids. Several memorable items that were auctioned off include: A US Open Super Saturday Package for Two, which was donated by the USTA Florida and includes 2 tickets for the men’s semi-finals, 2 tickets for the ladies finals, men’s semi-finals, ladies finals and a Loge Box End Court; also, a Sony Ericsson 2008 package, donated by Grand Slam Tennis, which includes 2 nights accommodations at the Grand Bay Hotel and courtside box seats.

“It is shocking to most to hear that more women die each year from lung cancer than from breast, cervical and ovarian cancers combined. We are working to educate women not to smoke, and to avoid exposure to second-hand smoke. Through the ’Linda’s Legacy: A Tournament of Love’ tennis tournament we are one step closer to accomplishing this mission.”
American Lung Association of Florida