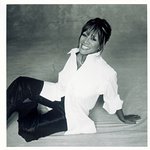 “I chose to work closely with Patti LaBelle and LUNG FORCE because it’s so important that her story is heard,” Jones said. “Lung cancer diagnoses have more than doubled among women in the past 35 years – we must share our voices in the fight against this deadly disease.”

It’s estimated that 72,000 American women will lose their lives to lung cancer in 2016 alone. Lung cancer is the leading cause of cancer-related deaths in African American men and women, and blacks are more likely to develop and die from lung cancer than people of any other racial or ethnic group.

“I feel blessed to share my voice in the fight against lung cancer for those who are no longer with us. Two of my sisters, Vivian and Jackie, lost their lives to the disease in their early 40’s as did my first choir instructor who helped shape who I am as a performer,” said LaBelle. “It’s all about hope and progress, but awareness and education are still critical. I was surprised to learn that only one in four African-American and Hispanic women even know that lung cancer kills more than any other cancer. I’m encouraging everyone to give their one hundred percent in the fight against lung cancer.”

To support the video launch, Feel Rich called upon its network to help amplify the message through their social media platforms; celebrities like actresses Gabourey Sidibe and Nia Long, music powerhouses Kim Burrell and Quincy Jones, and celebrity fitness gurus Crystal Wall and Jeanette Jenkins, all joined in to help.