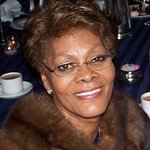 The Variety Club's 58th flagship Annual Dinner and Ball to be held at the London Hilton on Park Lane in March welcomes International star Dionne Warwick, who will be performing some of her greatest hits supported by members of the Royal Philharmonic Orchestra.

The evening promises to be an extravaganza of entertainment, including dancing to the international Gilev Show Band, live and silent auctions, a raffle with some truly spectacular prizes and a sumptuous three-course dinner.

The event takes place on March 10 at the London Hilton. The Annual Dinner & Ball has seen star performances from the likes of Shirley Bassey, Lulu, Atomic Kitten, Ronan Keating, Girls Aloud and The Temptations, and this year looks set to be bigger and better than ever.

Ticket information can be found at the Variety Club website.