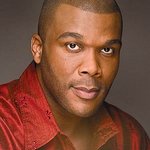 Successful filmmaker Tyler Perry will be awarded the Chairman’s Award at the National Association for the Advancement of Colored People (NAACP) Image Awards.

Tyler Perry’s public service record grows every day. Recently, the actor donated $110,000 and a brand new 15-passenger van to the Atlanta-based homeless shelter Covenant House. In 2009, Perry celebrated the centennial anniversary of the NAACP by donating $1,000,000 to the civil rights organization. Without a doubt, Perry will continue to make huge impressions on and off the screen. Watch for Tyler Perry’s acceptance of the Chairman Award on Fox on February 26.