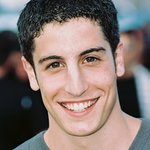 The event, hosted by E! personality Jason Kennedy, raised over $30,000.00 towards Generosity Water’s efforts to end the clean water crisis. This unforgettable event included live music, stunning visual art displays from Generosity Water’s work in Africa, and a live auction where guests could sponsor wells to be built in various countries.

Host Jason Kennedy and One Tree Hill’s Robert Buckley came together to bid on and purchase a well in Liberia for $3,000.00, as did Grey’s Anatomy actress and event chairs Chyler Leigh and husband Nathan West. Samantha Mollen and American Idol’s Elliott Yamin entertained guests with special, acoustic performances that were even showcased live, along with the entire event, on Ustream.

Guests were treated to eco-friendly cocktails provided courtesy of VeeV, and an interactive, glamorous fashion show sponsored by the Couture House where California and international designers including Hollywood Million Denim, NCL Couture and others were presented.

Also making appearances at the event were Jason Biggs and Catt Sadler. The event also saw the release of “The Generosity Water CD Project”, featuring Queen Latifah and Sheila E. Sales of the album will be used to build wells in communities across the world that do not have access to clean water. All artists involved with the Generosity Water Project donated their time, creativity and musical gifts to the making of the album.100% of the proceeds of the album will go towards funding clean water projects around the world.

“Through innovative awareness campaigns, strategic implementation and in depth accountability, Generosity Water hopes to inspire people to think globally and live generously,” stated 22-year-old Jordan Wagner, Executive Director of Generosity Water. “Our goal at Generosity Water is to fund 1,000 wells serving over 400,000 people with clean water by 2012. We hope that the ‘Generosity Water Project’ will bring awareness and raise funds to help communities in need of clean water.”

Generosity Water is dedicated to ending the clean water crisis one community at a time. Find out more at GenerosityWater.com.

The Jackie Robinson Foundation (JRF) announced today the recipients of the 2020 ROBIE Awards to be presented at its annual Awards Dinner on Monday, March 2nd, at the New York Marriott Marquis. More →

Jason Biggs Loves SeaWorld So Much! He Just Loves It!