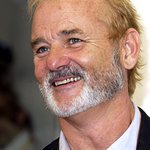 Outside of the golf tournament, dinners and lunches will be served on both days. A silent auction will be held on Friday along with the pairings draw party. On Saturday, after the tournament has ended, an awards party will be held where Bill Murray and various others will entertain on stage throughout the night.

You can find more information on the charity golf tournament here.