Daryl Hannah Joins Fight Against Oxy In The Amazon 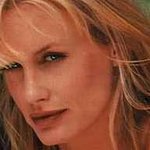 On Thursday, a group of Achuar indigenous leaders from the Peruvian Amazon arrived in Los Angeles to confront Occidental Petroleum (Oxy) at the company’s Annual General Meeting.

During the stockholders’ meeting on May 7th, the leaders will repeat their demand that Oxy clean up the toxic legacy of harm they have left in the Corrientes river basin after 30 years of operation in this part of the Achuar ancestral Amazonian homeland. Actress Daryl Hannah and the Executive Director of Amazon Watch, Atossa Soltani, will join them.

Oxy’s oil operations in the Peruvian Amazon have caused massive environmental devastation, and led to a severe public health crisis among the Achuar people. Between 1971 and 2000, Oxy drilled more than 150 wells and built nearly 300 miles of roads in the formerly intact Amazon rainforest homeland of the Achuar indigenous people.

Oxy faces a class action lawsuit in the U.S. brought against it in 2007 by Achuar plaintiffs. The case is currently in the appeals process. The plaintiffs are also considering taking legal action in Peruvian courts in the event the appeals court affirms that the case should be heard in Peru.

For every barrel of oil produced in Peru, Oxy dumped eight barrels of toxic wastewater into the Amazon. Over three decades, the company discharged an estimated nine billion barrels of toxic effluent directly into rivers and streams used by the Achuar for drinking, bathing and food production. Oxy’s operations also resulted in numerous crude oil spills, many of which were never cleaned up. The Corrientes River, a main source of drinking water for over 6,000 Achuar, was once covered from bank to bank in oil so thick their canoes would become mired in the sludge making rowing nearly impossible.

Local people have paid the costs for these decades of flagrant pollution by Oxy. Adults and local children have tested positive for dangerously high blood-lead levels; and local residents cite countless tales of unexplained diseases, tumors, skin ailments and miscarriages from oil exposure. Fish and local game are not fit for consumption and fraught with contamination, and the soil is also no longer fit to produce food crops on which the Achuar depend for subsistence.

The Achuar are determined not to let this tragic history repeat itself in the still pristine rainforest areas of their territory in the Pastaza and Morona river basins. Given their experience with Oxy, many of the communities and representative federations have adopted a steadfast position of no new oil activities on their lands. Through their heroic efforts, Achuar leaders from the Pastaza and Morona have succeeded in pushing Oxy out of oil concessions that cover this area. Now, they are coming to Los Angeles demanding that Oxy clean up its legacy of harm in Corrientes Region.

The Achuar ask that Oxy take full responsibility for cleaning up the environmental disaster it left behind when it departed after 30 years.

Amazon Watch works to protect the rainforest and advance the rights of indigenous peoples in the Amazon Basin. We partner with indigenous and environmental organizations in campaigns for human rights, corporate accountability and the preservation of the Amazon’s ecological systems. For Background information and video narrated by Daryl Hannah, see www.amazonwatch.org.