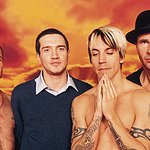 Established by Flea and Keith Barry in 2001 to facilitate music education by providing affordable or free lessons and instruments, the Conservatory’s eight classrooms are filled with instruments, teachers and students, with instruction, discussion, laughter and, of course, lots of music. To these students, the SCM represents a future full of the joy of music and the sense of accomplishment felt by those who make it.

To view the amp and make a bid, click here.

The organization is also proud to announce that a portion of the proceeds from the 2nd annual Johnny Cash Music Festival in Ventura, California, on June 19 will go to Silverlake’s scholarship program.

One of the primary missions of the Silverlake Conservatory of Music is to provide scholarships to children whose families would otherwise be unable to afford lessons. Through a variety of sources – including personal contributions, corporate contributions, musical instrument donation, and in-house fundraising activities – the Conservatory has maintained a strong roster of talented and committed future musicians.

The Johnny Cash Music Festival is all about honoring the “Man in Black” with a celebration like no other. Although the iconic Mr. Cash passed on in 2003, and this year would have been Johnny’s 78th birthday, the impact of Johnny Cash’s music on generations is undeniable. With the release of his “last” recordings, American VI: Ain’t No Grave, on his birthday, February 26th, 2010, Johnny’s music and legacy is still influencing millions of fans, of all ages.

The Silverlake Conservatory of Music strives to address the decrease in arts education in schools, while providing cultural enrichment to our community at large. To find out more about the organization, click here.