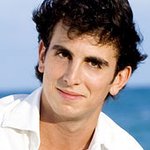 30-year-old classically trained composer, pianist and producer Zade is on a mission to spread his message of peace and tolerance in 2010.

He has been called “Jordan’s leading cultural ambassador” by the Washington Times and his “One Night in Jordan: A Concert for Peace” is airing on public television stations nationwide this spring featuring 100 musicians from 40 nations. Check local listings for air times.

“Zade is a Jordanian musician of outstanding ability, whose creations have delighted the people of our nation,” said Her Majesty Queen Noor of Jordan. “In these troubled days, Zade represents the young seeking to bring peace and understanding to our troubled region and the world.”

Zade has won over audiences ranging from Nelson Mandela and the Dalai Lama to former First Lady Mrs. Laura Bush and Queen Elizabeth II with his epic, cinematic music blending east and west. He draws inspiration from the anthems of the great film composers, Jordan’s natural beauty and the efforts of the late King Hussein of Jordan to make peace in the Middle East.

To continue cross-cultural understanding through the arts, Zade has launched The Zade Foundation for International Peace and Understanding aimed at helping young musicians share with the world a deeper understanding of their cultures by offering them a unique opportunity to expand their roles from musicians to proactive peace builders and future community leaders.

America’s love affair with the “piano prodigy” began in the wake of September 11th when Zade began a humble grassroots effort to create a better understanding of his culture in the West.

“Terrorists have hijacked my religion,” Zade declared in 2001, and from there he launched a national four-year tour, performing an average of 200 nights a year at churches, synagogues, schools, community centers and homes, using his music to launch an ongoing dialogue to combat world polarization. As the LA Times noted, “For Zade, making music and advocating world peace go hand in hand.”

UNICEF has appointed world famous Jordanian pianist and composer, Zade Dirani, as Regional Ambassador for the Middle East and North Africa with a special focus on advocating for the most marginalised children especially those caught in conflict, violence and poverty. More →

'One Night In Jordan: A Concert For Peace' Trailer