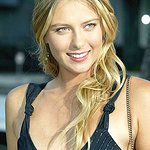 The United Nations Development Programme (UNDP) Goodwill Ambassador Maria Sharapova will head straight from the 2010 Wimbledon tournament to Belarus to visit an area affected by the 1986 Chernobyl nuclear disaster.

The tennis star plans to travel to the Gomel region where her charitable foundation has helped fund a number of UNDP youth-focused projects.

The UNDP projects provide new opportunities for young people in Gomel and improve living conditions for their communities. In the town of Chechersk, Sharapova will visit a local arts centre where children learn about the environment and work on projects to beautify the town; she will then stop over at a health facility using a therapeutic approach to emotional and mental stress. Finally, she will meet with the recipients of her foundation’s scholarships, who attend the country’s top universities.

“It has always been my dream to contribute to the recovery of a region where I have a personal connection,” said Sharapova, who has family roots in Gomel. “Giving young people the tools they need to reach for their dreams is a good way to overcome the Chernobyl legacy. Helping people help themselves is at the heart of UNDP’s mission, and I am eager to see the results firsthand.”

Sharapova was born in 1987 in Nyagan, Siberia, after her family fled Gomel in the wake of the Chernobyl accident. After two years in Nyagan, the family moved to the Black Sea town of Sochi, Russia. In 1995 Sharapova left Russia to study tennis in the United States. In 2004 she won her first Grand Slam title at Wimbledon and was named Women’s Tennis Association player of the year. In 2006 she won the U.S. Open and, in 2008, the Australian Open.

In partnership with UNDP, the Maria Sharapova Foundation supported seven youth-oriented projects in areas of Belarus, the Russian Federation, and Ukraine affected by the Chernobyl accident; and funds a five-year scholarship program for students coming from the contaminated regions.

“Maria Sharapova’s work in this region will convey a message of optimism to young people, in a once-blighted region, where a return to normal life is now a realistic prospect,” said Helen Clark, UNDP Administrator.

The tennis champion was appointed UNDP Goodwill Ambassador in 2007. Her role is to support achievement of the Millennium Development Goals, with an emphasis on promoting the recovery of Chernobyl-affected areas. Other UNDP Goodwill Ambassadors include soccer stars Ronaldo of Brazil, Zinedine Zidane of France and Didier Drogba of Cote d’Ivoire. 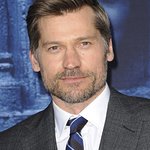