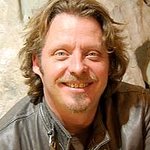 Boorman, who traveled on motorcycle with Ewan McGregor around the world and through Africa, is president of Dyslexia Action and suffers from dyslexia himself.

The theme of the competition this year – open to any UK child from the age of 7-15 – is “What Makes Me Me?” According to the charity: "The aim of the competition is to help raise awareness of the importance of being able to read and write and is being championed by poet and musician Benjamin Zephaniah who is dyslexic himself and knows how important poetry has been in helping him express his thoughts and feelings.

“The winning poems will be recited and performed by Benjamin Zephaniah and the school with the most entries will win a visit from a well-known local author thanks to Hachette Children’s Books. There are many other prizes up for grabs too, including over £100 worth of books, a DVD player from SONY, £100 worth of vouchers from Amazon and goodies from BIC, Nando’s, Zavvi, Safield Distribution and many more.”

“When I was approached to be President for Dyslexia Action, I saw it as a great honour – not only because of the amazing work the charity does but also because as someone who has dyslexia and understands all the difficulties it can bring, I felt that I could really help get the message out there and make people aware of dyslexia and of Dyslexia Action,” says Charley Boorman. “In my position as someone who works in the media world, from my TV shows to my live talks, I believe that I can really help and benefit raising awareness about Dyslexia Action by talking to the people I meet about my own experiences and the work that Dyslexia Action does. I’m very passionate about the charity and as someone who has lived with dyslexia all their life, I am so happy that I can help spread understanding about dyslexia and let others know that they are not alone and that they are not the only ones finding life difficult because of their dyslexia.”

To find out more about the competition and watch videos of Charley Boorman talking about dyslexia, click here.

Baby, I Love You