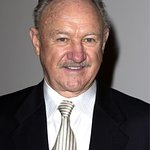 Gene Hackman, star of “The French Connection” and other films, is speaking out on behalf of about 200 chimpanzees who are in danger of being used in invasive experiments.

The “tough guy” actor has a soft spot for the chimpanzees, and he is asking that they remain in New Mexico in a non-research facility rather than being sent to Texas for experimentation.

Hackman writes in a letter to Dr. Collins, head of the federal agency that controls the fate of the chimpanzees, “These chimpanzees have been living peacefully in New Mexico for about a decade, after spending many years being used in experiments. But if the government’s plan moves forward, they will be pulled out from this humane setting and sent to a facility for use in painful and invasive experiments. Many of these chimpanzees are now more than 30 years old, and some may not survive being transported to San Antonio. These astonishingly intelligent animals have given their lives to research and should be retired.”

More than 1,000 chimpanzees still live in laboratories in the United States. As a result of their use in experiments, chimpanzees can experience early separation from their mothers, social isolation, prolonged captivity, sensory deprivation, and repeated physical harm.

Comedian Ricky Gervais is taking a break from making ‘em laugh about Charlie Sheen, God, Tom Cruise, and Hollywood. Now the outspoken comedian says there’s nothing funny about the U.S. federal government’s backing for chimpanzee experimentation — he’s leading an effort to save 14 chimpanzees recently moved to a Texas research laboratory for use in painful experiments. More →