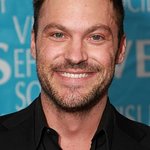 Brian Austin Green has won this year’s Toyota Pro/Celebrity Charity Race at the the Long Beach Grand Prix, finishing fractions of a second in front of Adrien Brody and Zachary Levi.

2008’s race was won by ESPN/ABC pit reporter for NASCAR Nationwide Jamie Little, while last year’s race was taken out by Keanu Reeves. Reeves took part this year as well, but finished 11th, ahead of Christian Slater and Tony Hawk.

Brian Austin Green was featured earlier this month on LookToTheStars.org when he joined girlfriend Megan Fox in a video aimed at blocking the nearly $2.5 billion in proposed education cuts from the California state budget.