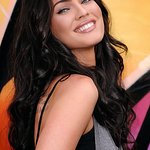 Megan Fox, who appears in Eminem's new music video Love the Way You Lie, will donate her earnings to help a woman’s shelter that focuses on abused women and their kids.

“It was great to have Rihanna, Megan and Dominic on board for this…they really brought it and made this video super-powerful,” commented Eminem.

The music video was shot in Los Angeles. The song’s theme is centered around the subject of domestic abuse. In the video, Fox plays her part as the partner of an abusive relationship. Fox’s partner is played by Dominic Monaghan, who starred in The Lord of the Rings and Lost.

The video was directed by Joseph Khan. In a statement to MTV, Khan said “…It’s a specific thing that I created for Dominic and Megan to play two people with very specific story lines to each other. These are fictional characters in my head but obviously based on real human beings.”

The video acquiring an astonishing 6.6 million views within 24 hours of being released on YouTube. According to Yahoo! Finance, Fox gave Sojourn House an undisclosed fee.

Jack Dorsey and Rihanna Support COVID-19 Response Efforts In Michigan and Other States May 11, 2020

A consortium of funders, led by Twitter & Square CEO Jack Dorsey’s #startsmall, has donated an additional $3.2 million for COVID-19 response efforts, this time focused on supporting community-based organizations in the cities of Detroit and Flint, Michigan. More →