Brittany Snow To Be Honored By LGBT Charity 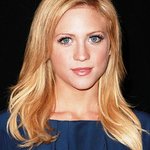 The Point Foundation (Point), the largest scholarship-granting organization for lesbian, gay, bisexual and transgender (LGBT) students of merit in the US, has announced actress Brittany Snow (New Line Cinema’s “Hairspray,” NBC’s “Harry’s Law”) as the recipient of its inaugural Point Horizon Award.

The award will be presented at Point’s fourth annual Los Angeles benefit, Point Honors, to be held on September 25, 2010 at Raleigh Studios Hollywood (650 N. Bronson Avenue).

The Point Horizon Award recognizes a young person who has taken a leadership role as an advocate of the LGBT community.

“We’re honored to recognize Brittany for her vocal support of the LGBT community and Point Foundation. It isn’t easy for someone so young and visible to take a strong stand on the importance of equality, and yet time and again she has been outspoken in her unwavering support of a more fair and equal environment for all individuals,” stated Point’s executive director & CEO, Jorge Valencia. “Envisioning a future where all individuals are seen as equals makes Brittany most deserving to be the first recipient of this award.”

“I’ve always been intensely moved by what the Point Foundation offers. Through their efforts, they are actively helping to make a real difference – not only in the lives of the scholars they champion, but in how the world as a whole thinks about the LGBT community,” says Snow, currently filming the mid-season NBC series from David E. Kelly, “Harry’s Law.” “I am deeply humbled and so grateful to be honored by this truly exceptional and essential organization.”

The Point Honors Los Angeles gala includes a dinner and awards program, live and silent auctions, and celebrity performers and presenters. Recipients of the evening’s two additional honors, the Point Courage and the Point Inspiration awards, will be announced shortly.

Students who are awarded the organization’s prestigious scholarships, known as Point Scholars, are selected through a rigorous and highly competitive process that requires a record of demonstrated academic excellence, leadership skills and financial need. Several Point Scholars will attend the benefit.

Past honorees include Kristin Chenoweth, Cynthia Nixon and Jane Krakowski.