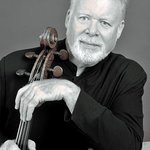 Save the Children announced today that world-renowned cellist Lynn Harrell and his wife, violinist Helen Nightengale, have joined the charity’s Artist Ambassador program in support of the agency’s Healing and Education through Art (HEART) program.

The couple joined Save the Children’s Artist Ambassador program to help raise money for the innovative program targeting children living in countries and communities affected by conflict, violence, HIV/AIDS and extreme poverty. HEART uses the arts to promote children’s development and well-being by providing them with a creative means of expression.

As part of their commitment to supporting the cause, the couple has recruited some of the most celebrated names in classical and contemporary music for a CD, They are Why We Sing, to be released later this year. They have formed HEARTbeats, a charity to produce the album. The majority of the proceeds from the CD, after production costs are covered, will go to Save the Children’s HEART program.

Consisting primarily of original songs about peace written specifically for the HEARTbeats project, They Are Why We Sing will feature legendary names in music including Harrell, Christine Brewer, Rod Gilfry, Jessye Norman, and John Williams, as well as up-and-coming artists Neil Comess-Daniels and Deborah Pardes. The songwriting team of Tom Rizzo and Bonnie MacBird contributed the title track. Other artists contributing to the project will be named later.

Save the Children’s HEART program gives children the chance to express and work through their feelings and experiences so they are better able to cope and to recover. HEART also encourages young children to explore and play, and thus learn and develop to their full potential which are essential for their future learning and growth.

The project was initially piloted in El Salvador, Mozambique and the West Bank over the past few years. Through corporate, foundation and private support, Save the Children will continue to support the work in the pilot countries and will expand HEART to Haiti, Malawi and Nepal in 2010. A new $5.9 million HEART endowment will allow Save the Children to expand the program globally in the future.