Alex Lambert: If I Can Dream For Charity 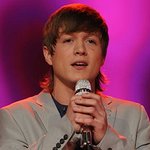 Alex Lambert was one of the stars to turn out in LA yesterday to inspire social change.

The Pepsi Refresh Project to empower individuals and communities to create positive social change throughout the world is in action in Los Angeles, where it brought together KIIS FM & the break-through series IF I CAN DREAM from the creators of AMERICAN IDOL, to give inner-city youth at the South Central community center A Place Called Home the “back-to-school” party of a lifetime.

IF I CAN DREAM is designed to open up Hollywood and democratize the dream of “making it” by empowering a new generation of aspiring artists to follow their dreams. Pepsi challenged the DREAM artists who are ambassadors for the Pepsi Refresh Project to come up with an idea that would help create positive change in Los Angeles. They have committed to supporting A Place Called Home where they are empowering an entire community to fuel even greater change, in part through a $10,000 donation from the Pepsi Refresh Project to plant a community garden that will launch a “garden-to-table” program with the children learning to prepare and cook healthy meals on-site with vegetables they grow in their garden.

The event featured performances by AMERICAN IDOL break-out star Alex Lambert, one of the aspiring artists following their Hollywood dreams in IF I CAN DREAM. He was joined by fellow DREAMERS, aspiring model Giglianne Braga and actress Kara Killmer. With their debut album coming out in October, Cali Swag District – whose hit video “Teach Me How To Dougie” attracted 4 million views – also performed for the young people, along with Dr. Hollywood, the duo whose songs are heard on HBO’s “Go,” “90210” and MTV. “High School Musical” star Monique Coleman, who has been mentoring the DREAM artists, appeared to empower and inspire the young people to take positive social action. Laura Padilla, an APCH Member who recently was awarded a 4 year scholarship to the prestigious Berklee College of Music, also performed.

The event also featured a fashion show with children and teens from the community center sporting new back-to-school looks provided by Forever 21. The children received dozens of back-to-school giveaways.

Research shows that summer camps for kids with pediatric cancer can strengthen social skills and self-esteem and facilitate moments of needed respite. More →