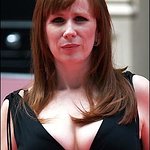 British comedian Catherine Tate has scrubbed up for a new charity calendar.

Tate has donned famous costumes for the movie-themed calendar to raise money for the Laura Crane Trust, of which she is patron.

“It was brilliant for Catherine to be willing to get involved with this year’s calendar,” said youth ambassador Andy Raleigh, of the Huddersfield Giants. "It will certainly help make it a little different and I am sure fans will be delighted with the final product.

“She is an amazing lady who continually works hard in the background for the charity. It was great fun during the photo sessions, plenty of laughs and Catherine worked extremely hard as she was in every one of the eight shots we covered that day.

“All those who helped on the day gave their services free of any charge to ensure we raised as much money as possible for the young cancer patients we support at the Laura Crane Trust and we are extremely grateful to everyone who made the day such a success, especially players from the Giants who made themselves available at such short notice.”

The Laura Crane Trust is the only UK charity dedicated to funding research specifically into cancers affecting 13-24 year-olds, where cancer can strike in dangerous and difficult forms, often necessitating very harsh regimes of treatment in an effort to save their lives. The trust also funds various measures to improve the lives of these young cancer patients whilst they are undergoing treatment.

“We were absolutely delighted when Catherine called to say she would be in Yorkshire and was available for the photo shoot,” said Pam Thornes, Trust Manager. "Catherine was keen to be involved in this year’s calendar. With only days to sort the photo shoot and Catherine being available for nearly six hours, we had to call on many supporters to help us.

“She was more than happy to take part in a number of shots, including Top Gun, Full Monty and a tongue in cheek fun Doctor Who shot with our youth ambassador, Huddersfield Giants’ Andy Raleigh.” 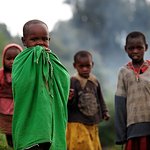 Featuring an unprecedented cast of 100 celebrity narrators, the timely documentary Unity will be distributed by SpectiCast in select theatres worldwide beginning August 12. More →