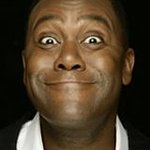 This landmark total, achieved thanks to the incredible generosity of the British public and enduring support of the BBC, is made up of money raised through every Red Nose Day and Sport Relief ever, since Comic Relief began 30 years ago. The money raised since 1985 has helped over 50 million people in the UK and across the world’s poorest communities.

Lenny Henry, Presenter on the night and Comic Relief Trustee, said: “What a brilliant welcome we have had at the London Palladium. It’s an extraordinary change and the energy from everyone here has been fantastic. The response to the films has been amazing.”

“This is a very strange moment for me,” added Richard Curtis, founder and vice chair of Comic Relief. “When a bunch of comedians got together all those years ago we dreamed of raising a million or two, and never imagined the generosity that would be shown by the British public for so many years. Figures tell us that the billion pounds have helped around 50 million people in the UK and overseas, 50 million people whose lives have been changed or saved by the generosity of people they’ve never met. It’s an extraordinary thing that we do in Britain and I’m enormously proud to be part of it. Our thanks to every single person who has ever done their bit over the last 30 years – both the funny and the money.”

Included in this year’s total announced on the night is £11,521,278 raised by Sainsbury’s. The money was raised through sales of the official Red Nose Day merchandise, donations on grocery products and Sainsbury’s colleagues also joined in with fundraising in stores across the country. As well as the ever popular Red Nose, this year saw the addition of 12 Golden Noses which gave the public the opportunity to win a once in a lifetime prize.

TK Maxx and HomeSense raised an amazing £4,064,106 through the sale of their 2015 Red Nose Day T-shirt range, designed by five of the most celebrated names in fashion Anya Hindmarch, Karl Lagerfeld, Diane von Furstenberg, Henry Holland and Matthew Williamson. On top of this, their Henry Holland designed homeware collection and special notebooks, a variety of fun in-store fundraising, till donations and a charity auction all contributed to this incredible grand total.

British Airways added £2,450,787 to the Red Nose Day total through a mixture of on-board collections and colleague fundraising. They also gave their famous 1989 ‘Face’ advert a special lift after Darcey Bussell expertly choreographed hundreds of BA volunteers to form the 25-metre wide face, complete with a Red Nose.

Described as ‘the worst clinic in Africa’, the Iyolwa clinic was transformed from a place with no power or running water and a ceiling on the verge of collapse, to a place staff and the local community can be proud of. The public helped raise £2,041,323 following the project’s progress on The One Show and BBC Radio 1, with the six weeks of construction culminating in a one-hour documentary Comic Relief: Operation Health on BBC One. The money raised along the way will also help to improve healthcare for communities across Africa.

Dermot O’Leary also got in on the fundraising action and raised £643,336 as he spun, shook and jumped his way through his 24 hour Day of Dance, finishing live in the London Palladium at the start of the show. His every move was documented for the public to follow on BBC Radio 2 and the BBC Red Button.

To keep Dermot’s spirits up he was joined by some of the biggest names in showbiz including Sam Smith, Stephen Merchant, Little Mix, Caroline Flack, Kirstie Allsopp, Terry Wogan, Rizzle Kicks and the Kaiser Chiefs who brought new bursts of energy throughout the day and night with a variety of performances.

Peter Kay's Phoenix Nights, which took over Manchester Arena last month, has raised an astonishing £5,031,146.47 for Comic Relief, the most money raised by a live comedy show in the world.

This Red Nose Day the UK Government is matching the money raised by UK schools up to £10million. Comic Relief will spend this money specifically on helping to get children across Africa into education and learning.

£4million from the Queen Elizabeth Diamond Jubilee Trust went towards this year’s Red Nose Day total, and along with some of the money raised by the public, will go to the Queen’s Young Leaders programme launched last year. The money will be spent in partnership with Comic Relief helping young people across the poorest communities in the Commonwealth to gain employment and enterprise skills.

Throughout the night of live TV, BT handled 230,000 calls to the donation line, peaking at 84 calls per second.

The BBC One evening of entertainment was hosted by a stellar line up of TV favourites including John Bishop, Russell Brand, Lenny Henry, Davina McCall, Sarah Millican, David Walliams and Claudia Winkleman.

Tony Hall, Director General of the BBC, said: “Comic Relief has crossed the billion pound threshold – a stunning achievement and a great tribute to the tireless work of Richard Curtis and the team. Our thanks to the brilliant creative talent we have in this country who devote their time and energy to make it the wonderful success story it is. We also owe a collective debt of gratitude to the great British public – without whom none of this would have happened. I want to offer a very big thank you to them for 30 years of generosity, kindness and support.”

Kevin Cahill, Chief Executive of Comic Relief, said: “Reaching £1billion is an incredible way to mark the 30th anniversary of Comic Relief. We could not have done it without the generosity of the British public, the BBC, the many famous faces who do their bit and all of our wonderful partners, some of whom have been with us since the very beginning all those years ago. The commitment of so many amazing people is truly humbling. We would like to say thank you to everyone who played a part.”

Comic Relief – Face the Funny was packed full of must-see TV moments with highlights including:

For those who missed out on any of the Red Nose Day moments of TV gold, or for those who just can’t get enough, many of the highlights will be available to download exclusively from iTunes straight after the show and people can also watch the show again on BBC iPlayer – and continue to donate.

Comic Relief spends the money raised through Red Nose Day to help change the lives of poor and vulnerable people living incredible tough lives both here in the UK and across Africa.

Comic Relief would like to thank each and every person who donated or gave their time to fundraise and ‘Make their Face Funny for Money’ – we could not have done it without them.