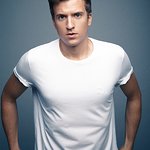 In January 2013, James took part in the Red Nose Day ‘Hell and High Water Challenge’. He and other celebrities journeyed along the Zambezi River for 5 days raising money to build a new school in the region. They raised well over £1 million for the charity.

On 2 March 2013, James appeared on the Let’s Dance for Comic Relief judging panel.

In 2014, James was part of ‘Team Coe’ in the Sport Relief ‘Clash of The Titans’. His team won the competition held at the Queen Elizabeth Olympic Park. He took part in the cycling, synchronized swimming and swimming relay.

In February 2015, he, Chris Smith, Yasmin Evans (of 1Xtra Breakfast) and Alex Jones traveled to Uganda to take part in Operation Health. There, they helped to rebuild the Iyolwa Health Centre in Eastern Uganda, using money raised by Comic Relief. In total, the Radio 1 audience raised £551,405.

In February 2016, for Sport Relief, Greg underwent the tough challenge, dubbed the ‘Gregathlon’, of completing five Triathlons in 5 days, in 5 different cities across the UK, hosting his Drivetime Radio 1 show after completing his daily Triathlon, raising £1 million for charity.

Greg James has supported the following charities listed on this site:

Google trends for "Greg James"
Available to Insiders only
Get Insider Access to these insights & more...

You can contact Greg James using details from this service. (Or read our advice on how to contact celebrities)

Sport Relief has raised over £55,444,906 following its massive weekend of television in the UK. More →

The Sport Relief Weekend is kicking off with a stellar line-up of sport and entertainment stars bringing viewers an unmissable evening of entertainment broadcast live from Queen Elizabeth Olympic Park on Friday 18th March. More →
More news about Greg James →

We don't have any videos related to Greg James.