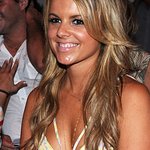 The stars will be out in Malibu, California, on Sunday for charity.

There will be wonderful activities for children, including the Fairy Enchantment area, Culinary Interactive Arts, the Mad Hatter’s Tea Party, special appearances by William Shakespeare and Queen Elizabeth I, and the City Hearts students. And this year, in honor of City Hearts Silver Anniversary, Tesla Motors will be on hand with their luxury electric Roadster and donating “24-Hours with the Roadster”.

City Hearts was founded in 1984 by Sherry and Bob Jason, who met as attorneys in the Public Defender’s Office representing youth charged with crimes. The husband and wife team believed then, as now, that the Arts are the powerful tools to communicate with and rehabilitate troubled youth at risk from gangs, drugs, school failure and crime. They created City Hearts, southern California’s preeminent Arts-based program of prevention,to transform and intervene in the lives of our communities’ most impoverished and at-greatest-risk children through performance and comprehensive Arts experiences. In 1993, City Hearts created the groundbreaking “Sentenced to the Stage” program for non-violent youthful offenders on probation, providing City Hearts as an alternative to traditional community service programs. Over 25 years, City Hearts has helped educate and inspire more than 27,000 children.

City Hearts: Kids Say Yes to the Arts, the non-profit Arts organization that has been reaching out to at-risk children for almost 30 years, is pleased to announce that Max Adler (Glee’s Dave Karofsky, Switched at Birth’s Miles Conroy) will kick off Fresh Focus 2014 – setting in motion two very different online auction websites (Bidding for Good and Charity Buzz) October 1st at noon. More →