Visit The Set Of Dexter For Charity 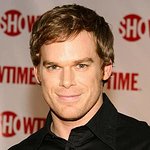 Listen up Dexter fans: here is your chance to the set of the hit Showtime series.

A new CharityBuzz.com celebrity charity auction will give you and three friends the chance to enjoy a personal tour of the “DEXTER” set with a producer of the show! You will also take home a script signed by the cast – including Michael C. Hall, t-shirts and hats!

The Showtime Original Series DEXTER ended Season Four with a huge dramatic twist. This season, Dexter goes from happily married husband to guilt-ridden single dad. Could America’s Favorite serial killer be experiencing real human emotion? And how will it affect his ability to maintain an average-guy facade while satisfying his need to kill? As Dexter’s secret life and new responsibilities threaten to overwhelm him, his ability to remain focused — and undetected — are being tested like never before.  Visit the set and catch a sneak peak at what is to come this season!

The proceeds for this item benefit the Mayor's Fund to Advance New York City, which facilitates innovative public-private partnerships through NYC’s five boroughs. The Fund relies on individuals, foundations, and corporations to support public programs in areas including the environment, youth development, financial empowerment, health, volunteerism, and the arts.

The auction ends on September 22, and can be accessed here.