Country Stars Put Their Cards On The Table For Charity 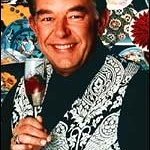 Robin Leach, host of “Lifestyles of the Rich and Famous”, played Master of Ceremonies for the TJ Martell Foundation's annual No-Limit Texas Hold ’Em Tournament, in which dozens of country music and rodeo stars came together last month during the National Finals Rodeo week.

“I don’t play poker that much,” said Pride, who came third overall. “I know very little about Texas Hold ’Em, but it is for such a good cause.”

“I got beat by Charley Pride,” lamented Bryan, who did not fare quite so well in the tournament. “That was a fun day.”

The T.J Martell Foundation was created 32 years ago by music industry executive Tony Martell, to raise money for leukemia research in honor of his son, who succumbed to the disease in 1975. Since then, under the banner “Where Music Brings Hope”, the Foundation has raised over $225 million and branched into cancer and AIDS research through eight top US research hospitals.

“This is the first time we have had a tournament during Rodeo Week,” said Laura Heatherly, the Foundation’s Executive Director. “Every little bit of money raised helps, because it is vital for us to continue.”