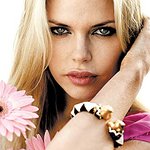 A number of celebrities are supporting the worldwide global campaign challenging the planet’s social media users to shut down their networks for one day for autism.

The Communication Shutdown campaign encourages Facebook and Twitter users to make a donation and receive a charity app or (CHAPP) that will signal their support and intention to boycott their accounts on 1 November.

Social communication is one of the biggest challenges for people with autism and by volunteering to shutdown the world will have some idea of what this is like. For a $5 donation, the CHAPP will connect with the user’s Facebook and Twitter accounts by placing a shutdown icon over their profile picture.

The Communication Shutdown CHAPP will be available on the campaign website www.communicationshutdown.org. The site will also host a global mosaic where supporters can see their profile pic next to celebrities who have signed up.

Supporters of the campaign include Sophie Monk, as well as Holly Robinson-Peete and Rodney Peete, whose HollyRod Foundation is a beneficiary of the campaign.

Also throwing her weight behind the initiative is Miranda Kerr: “One of the greatest gifts I have been given in my life is the ability to communicate. It allows me to feel connected, stay in touch with friends and family and share ideas, thoughts and dreams. If not communicating for one day will help kids with autism and raise awareness of their challenges, then I look forward to every minute of it.”