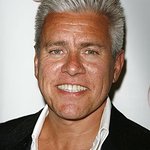 The Make-A-Wish Foundation UK has announced David Ian as its latest ambassador.

Described by The Stage newspaper as one of the most powerful people in British theatre, and formerly the chairman of Live Nation’s global theatrical division, David Ian was one of the judges in the BBC TV series How Do You Solve A Problem Like Maria? and is one of the most successful and prolific producers in British theatre today. His smash hits include some of the best loved and most talked about productions of the last twenty years, including Guys and Dolls, The King and I, Grease, Saturday Night Fever, Anything Goes and The Producers, to name but a few.

Commenting on his new role, David said: “I am absolutely delighted to have been asked to become an Ambassador for Make-A-Wish. It is a huge honour and I am looking forward immensely to becoming a part of this wonderful charity and the tremendous work it does.”